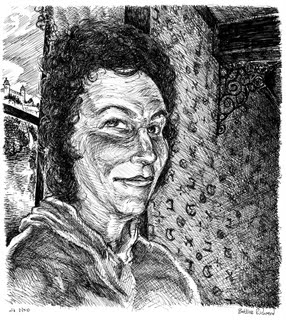 Sketch (above) and colored study (below) for a portrait I'm preparing for. Obviously, there's some distortion in the drawing - the elongated head - this happens when you work freehand. I only have photos to work from, and I wanted to really try to internalize the subject, and sitting and drawing is the way to do that. 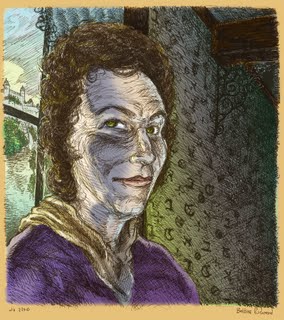 So you've had a bad week, and you think a good solution would be to bring a gun to a staff meeting and shoot your co-workers; or burn your house down, get in your own plane and fly it into the local IRS offices; or - I dunno - I'm sure some other fucker will come out of the woodwork shortly and show us some pointless, petty act of horrible violence that we hadn't yet considered.

Resorting to violence is essentially the acknowledgement that you've lost whatever argument you thought you were having, and now you just want to hurt people. Wow, you're so terribly clever with that weapon in your hand. You've sure proven everyone wrong. You were driven to it. They made you do it.

There is nothing empowering in causing others to suffer.

Unbelievably tight day today, as my Wednesdays are going to be for the foreseeable future. Didn't walk back in the front door until 10 PM, with a turkey sandwich being the entirety of what I'd had to eat. So I was very happy that Yesenia had made pancakes, of all things. They were sitting in the oven, under a dishtowel, and I wolfed a couple down dry while heading upstairs to kiss Yesenia goodnight before she went to sleep.

Then I headed back downstairs, put a few more on a plate and poured on the syrup. Then - well, what follows pancakes as an entrée? Think it would be something with eggs? The closest thing we had to that was some matzoh ball soup that we made the other day, and that recipe called for four eggs. Too many eggs for the perfect matzoh ball soup, as it turns out, but still pretty edible. To follow the pancakes, I had a bowl of that.

To polish it all off - well, I'd like to say that I had either a wrapped peppermint or some buttermints with trace amounts of urine on them to really make it seem like the diner, but I opted instead for a Lindt milk chocolate truffle heart from the box that Yesenia got me for Valentine's Day.

There was no check, of course - but I'm sure I'll be paying for it later.

Blue Smoke of the Moon

I blew my writing wad this weekend on a review of The Flaming Lips full album tribute to Floyd's Dark Side of the Moon. I didn't really like it, and the comments section thus far are in disagreement with me. See if you agree with me or the commentors - you can listen to the whole thing on LaLa for free. Admittedly, the premise of my review is that it's really not worth fifty minutes of your time, but you'll never know unless you try it.

Couldn't find the damn thing for years. And it turns out that it was just sitting in the corner of the bedroom.

Just got a message from Google today that they'll be discontinuing their FTP service as of March 26th. Which means that I'll no longer be able to publish the Subway Rambler to my own site folder. I can switch to their host, or something they call 'custom domains,' which I haven't yet looked into because something about the name sounds depressing to me - like they know it's a fairly lame service so they gave it a sweet-sounding name to candy it up a little.

The main selling point with Blogger, as far as I'm concerned, was the ability to host it on the main Copper Man site. Google claims only 1/2 of 1% of Blogger users use the FTP feature, a figure I don't believe at all and yet have to assume is true. If it is true, it's partly because they don't make it easy to use the FTP publisher, or even to find it. One more part of the increasingly annoying Google service based on their economy of free is the sheer opacity of navigating the help directory or even finding out about their tools searching elsewhere on the internet. As much as I've enjoyed digging around and solving problems on Blogger, I'll admit that pretty much every solution I've come up with to meet my needs has been very much one of the spit-and-sealing-wax variety, and I'm kind of tired of having the seams showing.

So, the big question: do I use this opportunity to switch the Rambler to WordPress? There are apparently WordPress tools that migrate the site seamlessly, but I've also got 715 entries (nearly three years' worth by the deadline), and I'll become positively apoplectic if I lost them. But the fact is that I've been needing to learn WordPress for a while (and Joomla, if I can ever bring myself to), and this may be the writing on the wall for me and Google, which is a company I've grown daily less fond of.

Perhaps the main reason why only .005 of all Blogger users use the FTP feature is that those who have the skills to work it out just go ahead and use WordPress instead, because it's better.

One thing's for sure: time to break out the printer and get a hard copy of all this. Ugh.

Let It Be Known That I Am A Complete Photoshop Genius 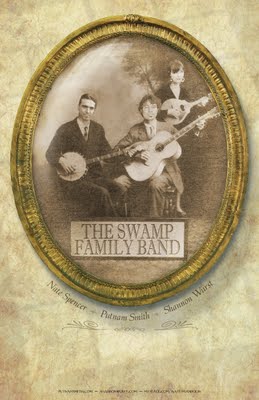 That's the final product, a poster for Putnam's side project. Click to see the luscious detail. No big deal? Well, check out the raw materials: 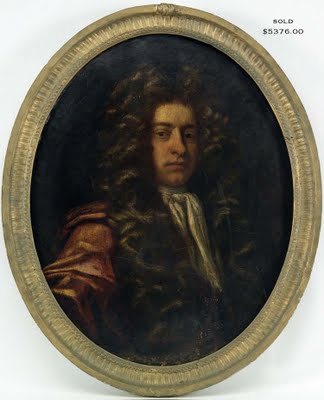 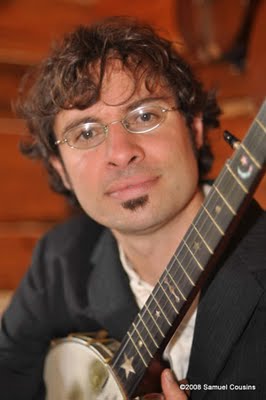 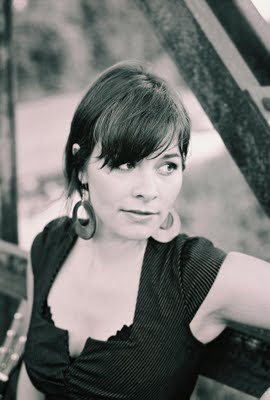 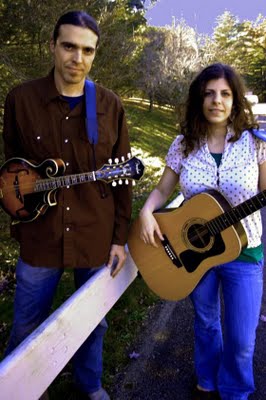 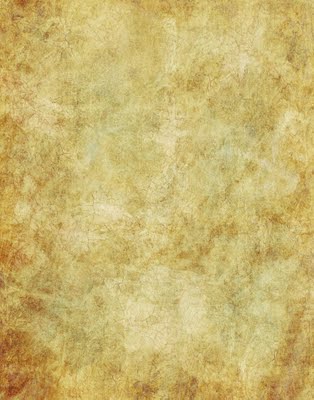 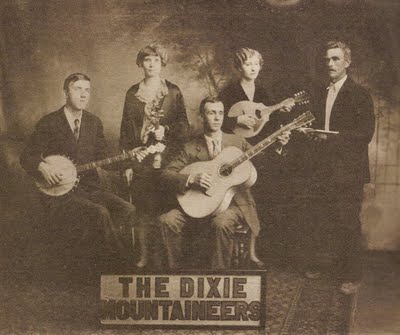 Hosannas may begin in the comments section when you're done picking your jaw up off the floor.