Never, Ever to Be Resolved 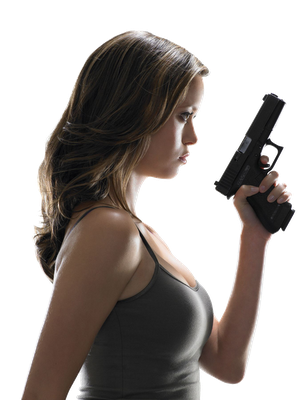 One of the only three network shows I currently watch (online, of course, meaning I'm part of the low-ratings problem) is The Sarah Connor Chronicles. I like it muchly. And it just ended on a big, crazy cliffhanger with little or no chance of being renewed by Fox. I mean, all it was missing was a cameo by Kyle Maclachlan intoning 'How's Annie?' to really drive home the point that I'm never, ever going to find out how this fucking thing turns out. And in another parallel to Twin Peaks, the upcoming Terminator movie will do nothing to address any outstanding plot points from the series. In fact, it will pretty much pretend that the series didn't exist, much like the majority of the TV-viewing public.

Looking back on it, the producers of the television show should have found a way to turn the 'Christian Bale Loses his Shit' meme from a few weeks back into promotional gold. Like, 'hey, OUR John Connor's not a power-tripping method actor having a vanity meltdown. And out Terminator is way hotter (see pic, above).'

Yes, it was a great finale to a great season. And my first thought as well was, "well, that was awesome but it's gonna be canceled now."

I hope not, though... are the ratings that bad? It's on Friday night, what do they expect? Everyone who watches it watches on Hulu or Fox.com, right?

Man, that finale blew my mind... even though they should have spent a little more on some CGI for Summer Glau's exposed terminator skull, instead of going with the old school prosthetic "expanded exposed skull" look...

But how geeked up were you after some of the Shirley Manson parts?
"I liked that gate." "Catherine Weaver?" "Yeah, whatever, let's go with that..." Awesome. And then when she shields everyone from the kamikaze terminator... I felt 14 years old or something... man this is cool!

Great payoff after hanging with that character the whole way...

I kind of appreciated the old school prosthetics for the Terminator skull - I have a suspicion you and I are both going to get very bored with CGI Terminators after the McG film.

Lord knows what Fox expects with their sci-fi Friday slot. You'd think they'd learn that these types of shows take a little while to build and generally sustain at lower levels.

Who knows? Maybe whatever the WB/UPN network is called will pick it up, now.