A Wall Over Troubled Waters, Part I 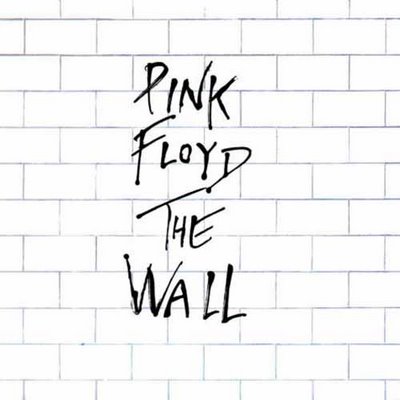 Part I: In Which I Encounter An Old Comrade, and Find Them Gazing Also - My History With The Wall and A Digression On Fascism as A Theme.

This album is the one that defined a generation. When I think of The Wall, before I can even get to the album and the music, I have to dig through all the other crap in my head that occupies space with it. High school in general. Jim drunk and bellowing it. Again with Jim, watching the film in his parents' TV room. The first CD purchase I'd ever made, as a birthday present for Bran. Learning how to play piano by making a tape of the song Nobody's Home, then painstakingly picking out each chord and note and rewinding over and over and over again to get it right.

And being a very early album for me in terms of my listening to rock music - up until age sixteen, I pretty much exclusively listened to orchestral movie soundtracks, of all things - my feel for it is much, much different than the music I listened to later. The Wall is an album I first - and last - heard before I really could consider myself a musician (for the sake of argument, let's say that I am one now, all right?) and certainly before I started to listen to music with any kind of sophistication. So my concept of the album is frozen in amber, a group of emotions and sensations that were experienced by me twenty years ago that never was opened and reexamined, since I put the album aside before my Freshman Year in college, and haven't heard it since.

Despite the fact that I listened to The Wall for only a short time - really, only my senior year of high school - anyone who has listened to the album knows that you can become very familiar with the piece with little effort. And if you're a socially awkward teenager when you first hear it, it sticks in you even deeper. That is, after all, the audience it's meant for, whether the band likes it or not.

So listening to it again was a strangely familiar experience, like running across someone you once spent a really intimate night with decades ago, to find that they're remained unchanged, but you now understand what they were trying to tell you over all that noise in the bar. On the other hand, now you're a little older, a little more sophisticated, and find you're more questioning of their argument.

Teenage boys, after all, buy into things with pathetic ease. It's tough to say who's more easy to sway with peer pressure, girls or boys, but it's clear that the messages that carry weight with the different genders are different. The Wall takes violence and despair, social decay and isolation (not to mention heaping spoonfuls of misogyny) and wraps it up it intense ear candy and sells it back to the listener. The more impressionable listeners - teenage boys are not known for their appreciation of subtext and irony - will take the message at face value.

It's amusing that Roger Waters had as one of his central theses on this album the idea that rock is akin to fascism and the singer a demagogue, because this is actually the album that probably made more sheepish converts for them than any other. Sure, they got a huge fan-base with Dark Side, which continued to grow through the '70's, but the albums that preceded The Wall were very universal in their lyric approach. Not The Wall. The Wall was your friend. The Wall understood you, how hard things were for you. When no-one else would listen, The Wall would hold you close and whisper in your ear.

Or spit in your face. The incident that drove Waters to write The Wall in the first place was the closing show of their 1977 tour - a stadium tour - where Waters grew so angry with a fan that he spat right in his face. That's when he felt that he'd gone down the wrong path, that the whole stadium spectacle thing was dehumanizing for audience and band alike. So he sat down and wrote a story - about a rock star named Pink whose extreme isolation causes him to re-imagine the arena concert as a Nuremberg Rally, with himself as Hitler.

And, boy: you think you can build an army with rock and roll alone? The real key to the heart and wallet of a teenage boy - as countless bands have successfully shown since - is to stroke their solipsism and tell them they're right, the world is a dark and horrible place. And there's your army of suicide bombers right there.

Next: More Themes, No Doubt.

Yeah, I really should finish these Floyd reviews...