A note of explanation: Karl linked me to a Pitchfork review of the new Pink Floyd complete studio box set, Oh, By the Way. In typical Pitchfork fashion, they snarked on it. Having it both ways in this case - by trying to seem as though they like the music, but despairing of what they see as the set's failure to reevaluate the catalog. Well, allow me to fill that gap: over the next two weeks, this Rambler will be given over to my own album-by-album review of the Pink Floyd oeuvre.

My credentials? I have a website and some free time. That, and a lifelong obsession with the band's music and story. My Pink Floyd CD collection is the foundation stone of my entire CD collection, with (I think) Sgt. Pepper's & Dark Side of the Moon being the first two CD's I bought. And while I still don't have every Beatles album on CD (I'm partial to the post Rubber Soul era), I completed my run of Floyd over two decades ago (minus The Division Bell, which came out in 1994). Which means that at this point, I've been listening to the complete output of this band for twenty years. I also have a sizable reference library for Floyd, and while I'm no journalist, I think I can put these albums in their historical context, both within and without the band - along the way, I'm sure I'll drop into some reveries about my personal history with the music.

Rather than do these reviews chronological by album, I'm just going to do them in the order I feel like listening. Which probably means I'll get around to reviewing The Wall last. Although, really, this arbitrary system doesn't in any way denote preference on my part - Lord knows, today's entry is not my favorite album by the group. But it is interesting, and in many ways, is almost an ideal place to begin, since it's the prelude to Dark Side of the Moon, which was the album that simultaneously cemented their commercial success and finished them off as a working band.

I'm also going to avoid the common theme of the development of Roger Waters as a lyricist, and focus more on the band and the music. 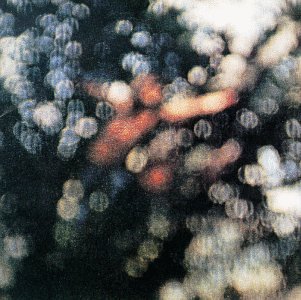 Pink Floyd • Obscured By Clouds
EMI/1972
(Soundtrack to "The Valley")

For a band that (at that time) was best known for long experimental pieces often created in the studio with multiple tape loops and other cutting-edge techniques, Obscured By Clouds is a distinct oddity in their catalog. Not only because it's an album that's focused more on songs than aural experiments.

Obscured By Clouds was conceived beginning to end as a soundtrack to a film - which makes it the fifth time to date that they deliberately composed music for film - sixth, if you count Roger's solo soundtrack for The Body. This is even the second* soundtrack done for a single director, being Barbet Schroder (who later on went to direct big Hollywood fare like Single White Female, but at the time time was more of a French New Wave type).

The period between the two soundtracks, while only four years in real time, covers quite a broad period of change for the band. Bands simply don't do this much exploring for their sound, anymore. Could you imagine Nickelback's next album suddenly taking a turn towards acoustic folk? In Floyd's case, it was a necessity, since their initial fame rested entirely on the songs and voice of Syd Barrett, and with his departure in the middle of their second album, the band found itself without a singer and without a songwriter. Of course, bands now take four years between albums, whereas the Floyd put out something like six albums in that space of four years, and toured incessantly and did multiple side projects.

It's a little hard to reduce the Floyd's path over those six albums into a clear and exact line, but on a purely sonic level, you can easily trace the evolution in the players and their interaction. For starters, Gilmour went from doing a creditable acid/Syd impression on guitar to his own blues-based highly-compressed and double-tracked sound. Even more specifically, Gilmour took what was Syd's signature effect - the Binson EchoRec - and repurposed it from Syd's use as a soupy atmospheric to his own use as a rhythmic device. In response, Rick Wright's keys went from speedy Farfisa jazz arabesques to open chordal atmospherics on piano and Hammond, and from building up walls of freak-out sounds simultaneously with Syd to trading spare and introspective melody lines with Gilmour. The rhythm section also evolved from a busy and rumbling tribal sound - with Waters working the high end of the bass guitar independently of Mason setting up swirling patterns on the toms and big cymbal washes - to a far more 2/4 oriented feel, locking in with each other and leaving more room on top for the guitar and keyboard interplay.

The whole shift in sonic structure also helped to bring the songs into greater focus as songs. In the transitional period (minus the singles era, which I'll discuss later), the vocals and melodies were often an afterthought, place-holders in between instrumental freak-outs. On Obscured By Clouds, this has been turned around, with the newly focused arrangements supporting the melody and lyrics - which definitely became the hallmark of the mature Floyd sound. More on this when I come around to review Wish You Were Here and Animals.

But Floyd was still very much of a jam band at this point - four of the album's ten songs are straight-up instrumentals, and two others are very much built around the band sound, and not the vocals. Admittedly, you'd expect instrumentals for a film score, but this is a case of the band getting the job because of what they were known for, so even if this album were free of any film connection, I tend to think it would take on the same balance.

The four instrumentals are interesting, showing the first extended use of synthesizers in their music, being used either to set up rhythmic pulses (ala On the Run, from Dark Side...) on the VCS3, or to lay down a drone for the guitar to play off of. It's notable that their different use is dependent on who's behind the knobs - Wright favoring the open chord (Mudmen), and Waters liking the rhythmic feel (on the title track).

The lead vocals trade off between Gilmour (on The Gold It's In The..., Wots... Uh The Deal and Childhood's End), Wright (on Burning Bridges and Stay) and Waters (on Free Four), and it's pleasing to hear such a variety of voices, particularly when compared against later albums. Wright's voice disappears altogether from leads after a couple of measly choruses on Dark Side, and it's a sad loss, because his voice - while certainly nowhere near as polished as Gimour's or as distinctive as Waters' - has a human, weathered quality that the others lack, which suits Waters' lyrics very, very well.

The lead vocals on Obscured By Clouds are mostly unbacked by harmonies. And though I'm unsure if this was because of an aesthetic choice or the very short time-frame for writing and recording (something like two weeks), it does serve to denote the distinctions between the three singers more, and it becomes one of the prime pleasures of the album.

The abbreviated studio time also leaves its mark on the overall sound. While all the band does very good instrumental work, here, but Mason in particular seems a little under-rehearsed. And while Wright and Waters both perform very well, Gilmour, uncharacteristically, doesn't quite carry his end on guitar. Fret-outs abound (which I kind of like), and his leads for the most part seem just a hair flat, which gives all the solos a sense of anxiety that I doubt was intended. His rhythm guitar is also weaker than usual, but mostly on the vocal numbers, where it's marred mostly by overplaying. One other negative aspect to the guitar sound I'm not sure can be attributed to GIlmour, however: his sound, while always EQ'd very high and tightly compressed, here sounds too loud, thin and isolated in the mix. But since I can't be sure if that's because of a) a lousy CD transfer, or b) just rushed mixes, or c) a combination of both, I'll have to give him a pass. I do note that his guitar is dryer than usual, so that may be having some effect on the way it's perceived in the mix.

All that having been said about Gilmour's flaws on this record, The ideas behind his solos are all very good. If these are all improvs - and I suspect that many of them are - then they're really impressive. Although I have to single out Rick Wright for overall performance quality, his solos here are mostly unformed and noodling (an eternal issue for him), whereas Gilmour seems to be an unlimited fount of crisp and confident soloing.

Overall, Obscured By Clouds is a very interesting album. All the instrumentals are strong - and, in fact, there isn't really a bad song on the album. The weakest track is Burning Bridges, which suffers from a chord change that's too convoluted to support the melody. But even that track, if the band tightened up their playing on it, would be very good. As far as a standout, while most people favor the jaunty Free Four (which was an early FM hit for Floyd), I'm partial to the slow and stately piano ballad Stay, which sits perfectly as the penultimate track on the album, and the only track where all players - Gilmour and Mason included - rally to give strong and sensitive performances. It's a wistful song, and makes me wish that Wright and Waters had written more together. They only have two other shared credits in the entire catalog - the aforementioned Burning Bridges on this album, and Us and Them from Dark Side. And since Gilmour sings lead on that one, Stay becomes exhibit 'a' in list of possible futures presented by this unique album that Floyd ended up not following, because it was immediately buried under the success of Dark Side of the Moon, which set the band on a different - and vastly more streamlined and commercial - course. And that's a shame.

*The first Floyd/Schroder collaboration was the soundtrack to More, in 1968 - the first album fully post-Syd.
Posted by Dave Kopperman at 12:47 AM

Whew! I need to lay down after that!

I think most of the other reviews will be a little shorter - I was laying a lot of groundwork for my general thesis. Of course, it's the digressions I make that cause these things to balloon out of control, so I'll have to watch those.

I'm relying on those with Floyd knowledge to catch me in any glaring factual errors, and to question me on some of my more idiosyncratic interpretations (my boostering of the voice of Rick Wright in this entry, for example).