Breach, Once More Unto The 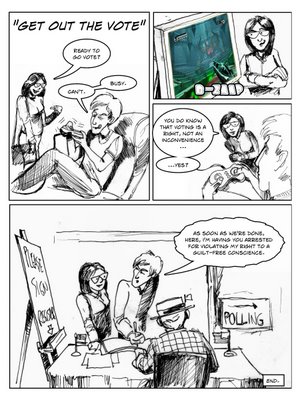 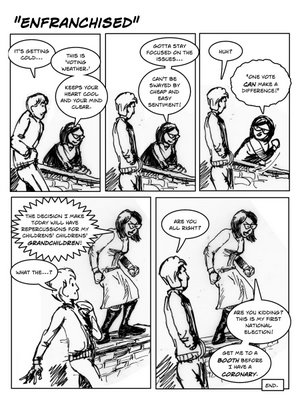 Two more comps for the Election-themed issue of the KPMG campus recruitment magazine, done in a suprisingly short time using my new sketchbook>vellum>scanner>photoshop>comic life workflow. And since Yesenia was at the Yankees game tonight, I just took over the kitchen and doodled (with purpose). Good times.

You wouldn't think it to look at these, but about halfway speeding through the second one, I got an odd, old feeling - 'hey,' I suddenly realized, 'I'm a cartoonist!' And I haven't felt that way since 1993 or so. I guess I've been doing enough drawing lately that I hit the zone. And, yes, it did feel good, thanks for asking.

Now let's just see if they like either of these. Either would be pretty fun to draw, but I'll admit that the Schulz homage in Enfranchised would be a kick to fully render.