Where were you when the lights went poof 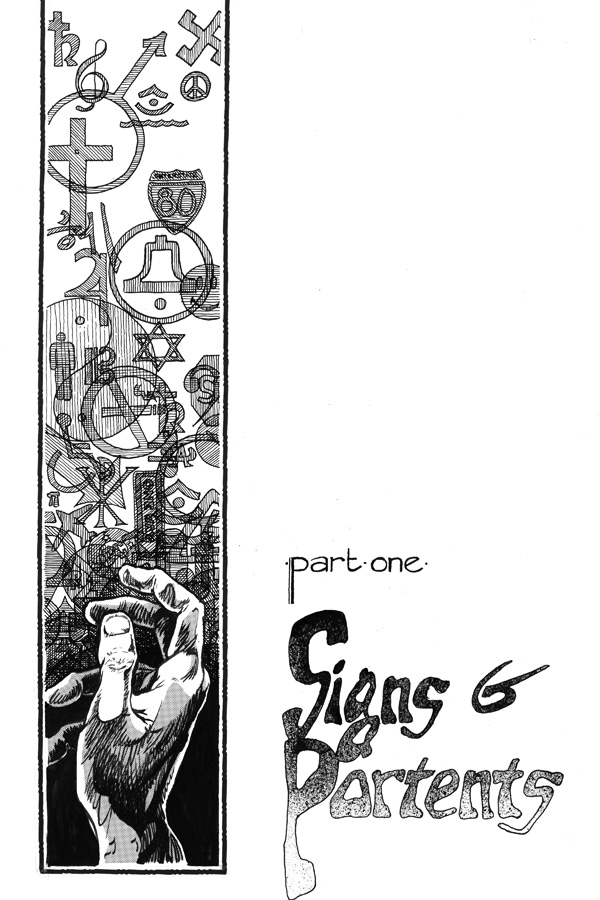 You all remember back in Summer of 1993 when that wormhole opened and something crashed in the Mississippi Delta and, like, 99.9% of the human population just disappeared in a flash? And then all the American survivors got on a riverboat to head south, because there were clues that something down there was the cause? Also, living on water was safer, because at night, legions of strange and terrifying anthropomorphs swarmed over the land, seeking out and destroying any human life they could find in truly gruesome ways? 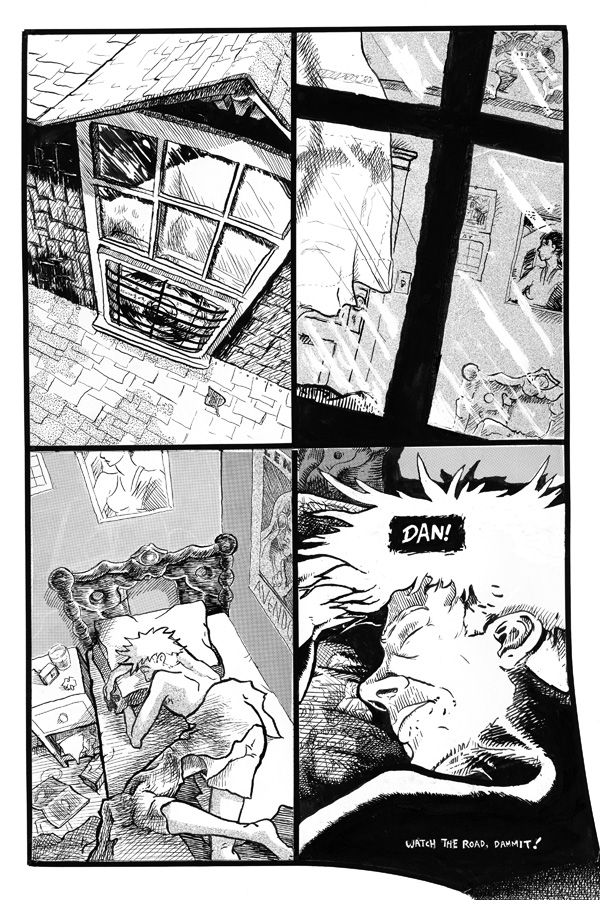 And, of course, Louise Miller and her brother Dan ended up of the boat as well, and there was Jodie, and her estranged husband, and when the pulses began and Dan found the book, and he ended up in the beam and saw the stored versions and the encroaching well - well, best not to dwell on that too long. Dan nearly drowned, what, three times? And that crazy thing with the anthropomorphs crushing themselves into the music store? 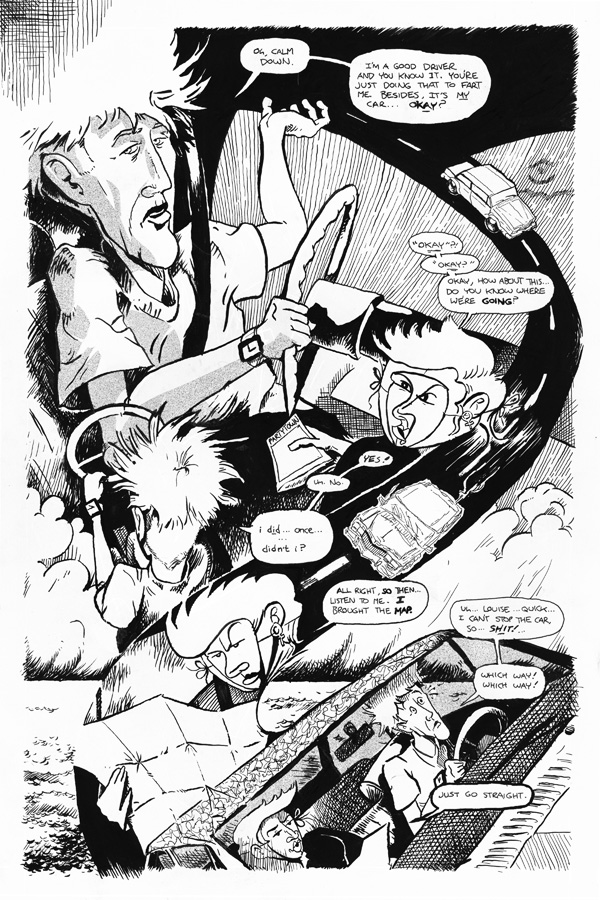 The chase through the mountains at night after the destruction of New Orleans (yeah, it only happened 14 years ago, so I don't know why everyone was so uptight about Katrina) was pretty freaky, but after the avatars of Jupiter and Saturn appeared in that shit-encrusted swamp shack? And the town-hall meeting with the pipes? And the Sheriff's card game? Maybe it was kind of too much, those campfire executions, but you know, things were different back then. After all, we all thought that we were the last survivors of the human race. 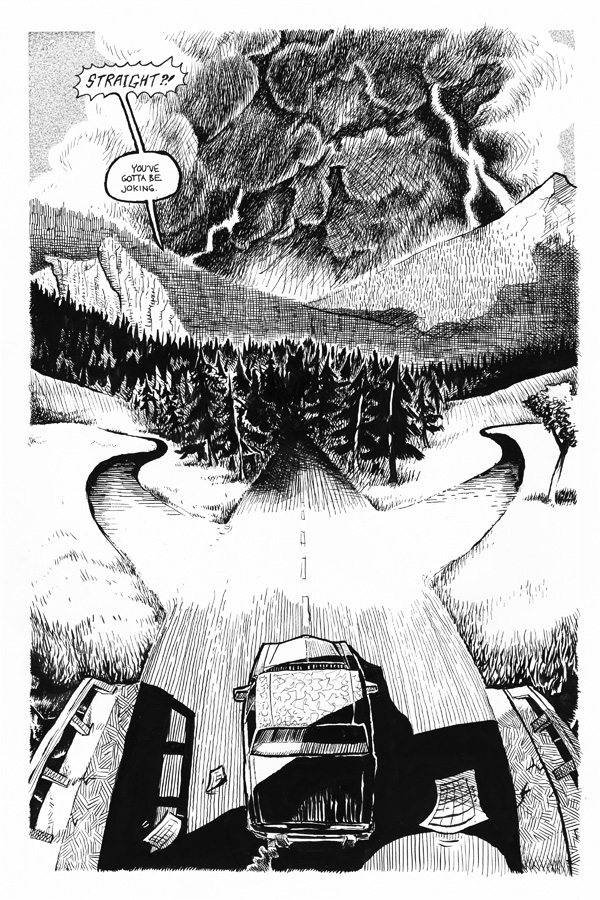 You don't remember? Really? Not even the Beachcomber? I'm still a little unclear on whether he was real or just a story I heard, but in either case, he was very old, and very, very tired, and all the other rooms he'd lived in weren't really all that warm, so he was kind of cold, to boot. So, he found his way South, too, when he got real enough to do so. Even though it seemed like Jupiter and Saturn were trying to stop him. Maybe his waveform was just stronger? Maybe we just didn't understand. But there were three possible routes, and somehow, we just ended up on the wrong one. That happens sometimes, when you're not paying close attention to your driving. And I still think Beachcomber did his best to get us back on to the main road. No matter what you think.

And all those junks, headed East. What was that about? They sure were moving fast, though. Gliding across the water, even without the wind. Those were fucked up. 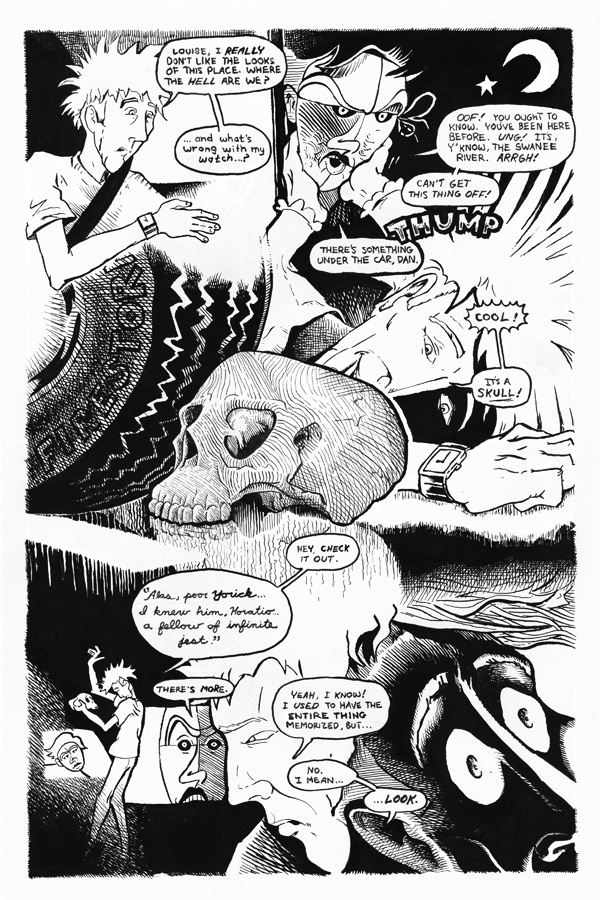 And Dan Miller. Sure, he was a loser - an immature, misanthropic, racist, misogynistic, self-loathing and solipsistic twerp. But he did manage to save the world (we think), so that's got to count for something. And considering everything that happened to him before and after the end of the world, I think maybe he deserves a little sympathy. Not much, but some.

You really don't remember that at all? Jeez. Maybe you just slept through it. Or blocked it all out. But it'll come back to you. We were all there. You'll remember, someday. On the main road.

P.S.: Clicking those pictures might refresh your memory
Posted by Dave Kopperman at 11:17 PM

Email ThisBlogThis!Share to TwitterShare to FacebookShare to Pinterest
Labels: "Sister"

You know, I've probably intimated this before, but I feel at this point I can say it with absolute confidence... your comics work had commercial polish. And mine had none. That might explain why you're at least working in a creative field and I'm shuffling paperwork... I know you have great respect for me as a comic-book artist, but I just don't feel the call of it anymore... it got me through my prolonged adolescence. Cheers to that. And I'm only writing such a personal talkback because apparently no one is reading your blog besides me and your sister.

Hey, I started reading this too, because Leah just clued me in that you were talking about ATEOTWWMS - which I adore.

I think you are an excellent draftsman (is that even the right term?), and the odd angles and cool layering of drawings have always been compelling to me on this project. When I read Kavalier and Clay where Chabon talks about all the innovative drawing in comics, your stuff captures that for me better than most of the Fantastic Four type comics that I've seen.

Plus, Leah is a character!!

John: my lengthy response to you is today's Rambler.

Val: thanks for the kind words, and I assure you, you've probably been reading the wrong FF comics. The first 100 were drawn by Jack Kirby, who is certianly one of the top-ten most inventive visual artists of the 20th Century.

In fact, Kirby, whose career went from the late 30's pretty much up to his death in the early 90's, was very much part of the compostie for Joe Kavalier.

Not to say that his work appeals to everyone. And he's no doubt firmly a superhero artist (although he worked in practically every genre), but so much of his work is subtly about the Jewish experience that parts of his ouvere should be part of that canon of Jewish-themed comics you've been assembling. Let's not forget that Stan Lee and Jack Kirby were born Stanley Lieber and Jakob Kurtzburg.

Yes. Leah certianly IS a character, isn't she?